How The Archaeological Periods Relate To Security

Threats have always existed and therefore so has the concept of safety, which is defined as being free from danger. Have you ever stopped to think about what threats our very distant relatives faced in the Stone Age, Bronze Age, or Iron Age?

They had little to protect themselves with, but through innovation and evolution, the human race has been preserved. Now we face 21st-century threats like identity theft and data hacks. But let’s take a look at the evolution of security from the beginning. 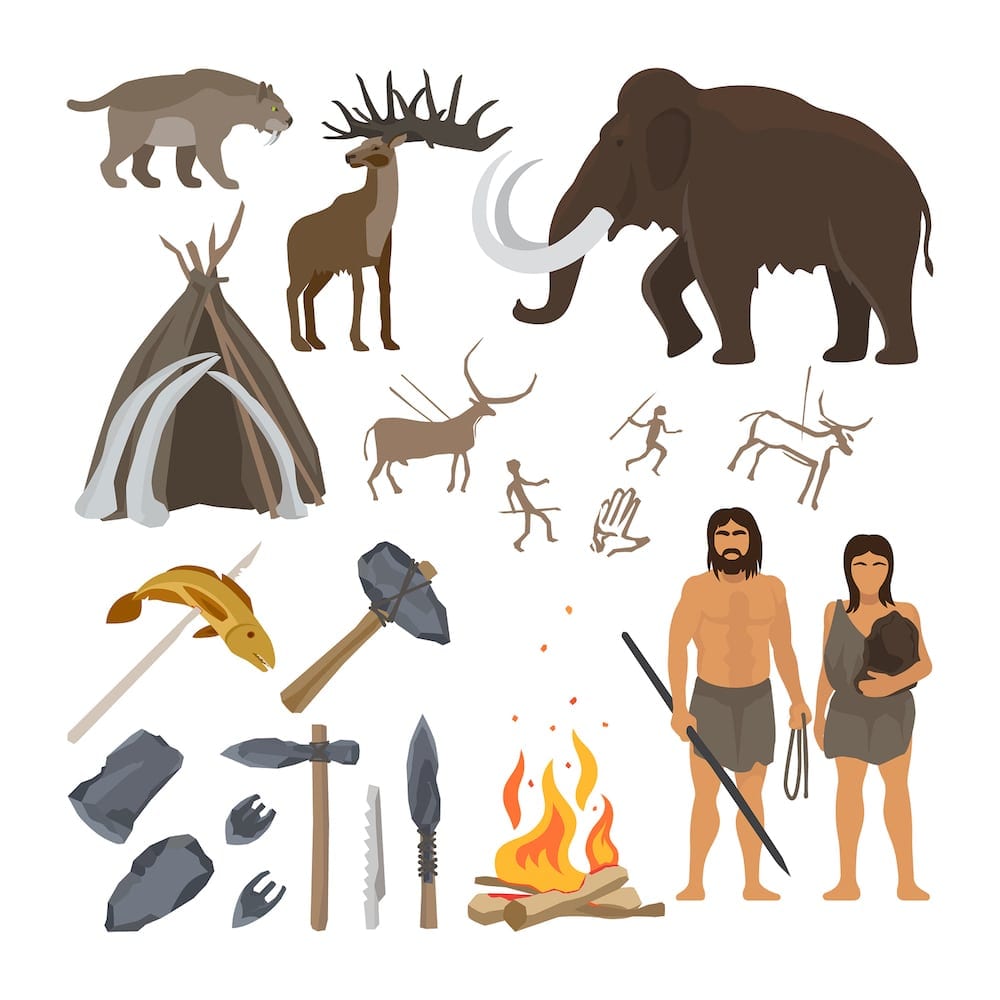 Safety Instincts Have Always Been Around

At its most basic level, personal security can be argued as beginning in the stone age, which began some 2.5 million years ago in Africa when our distant relatives began creating tools and weapons out of stone and organic material including wood, leather, and bone. The stone age is a time when small tribes of people and whatever weapons they had at their disposal were the only sources of security when the unexpected might happen. Arrows, spearheads, and knives were some of the most common tools created during the stone age.

The stone age lasted more than 90% of human existence and ended around 3,000 BC when the Bronze Age started. This period lasted from 3,000-1,000 BC and replaced the stone age when bronze (a mixture of copper and tin) was used in place of stone, wood, leather etc to make tools and weapons. Bronze swords, daggers, and axes replaced stone weapons and brought about a significant cultural shift.

The bronze age ended around 1,000 BC when the Iron Age began, which brought more significant cultural changes as well, the most significant change being weaponry. Two-horse iron chariots changed the game in battles when heavily armored soldiers needed to get in and out of the battlefield quickly. Javelins, spears, small swords and daggers were the weapons of choice in the early Iron Age.

After the Iron Age, many periods follow including the Roman era, medieval era, and more which all lead up to present day, 21st century. All of these different eras had one thing in common though: they each presented new technologies that brought about a cultural shift. We are currently in the midst of such a shift as we see Artificial Intelligence (AI) disrupting every industry, including security.

We’re optimistic about the future of business security, but we’ve said it before and we’ll say it again – there will always be a need to protect your people and your property. We look forward to seeing the effects of AI applications in the security industry in the coming years, but in the meantime, how about tried and true security solutions?

Our system can be built upon and customized with access control, audio detection, fire detection, and video monitoring. Don’t know where to start? Register for a free business security assessment.